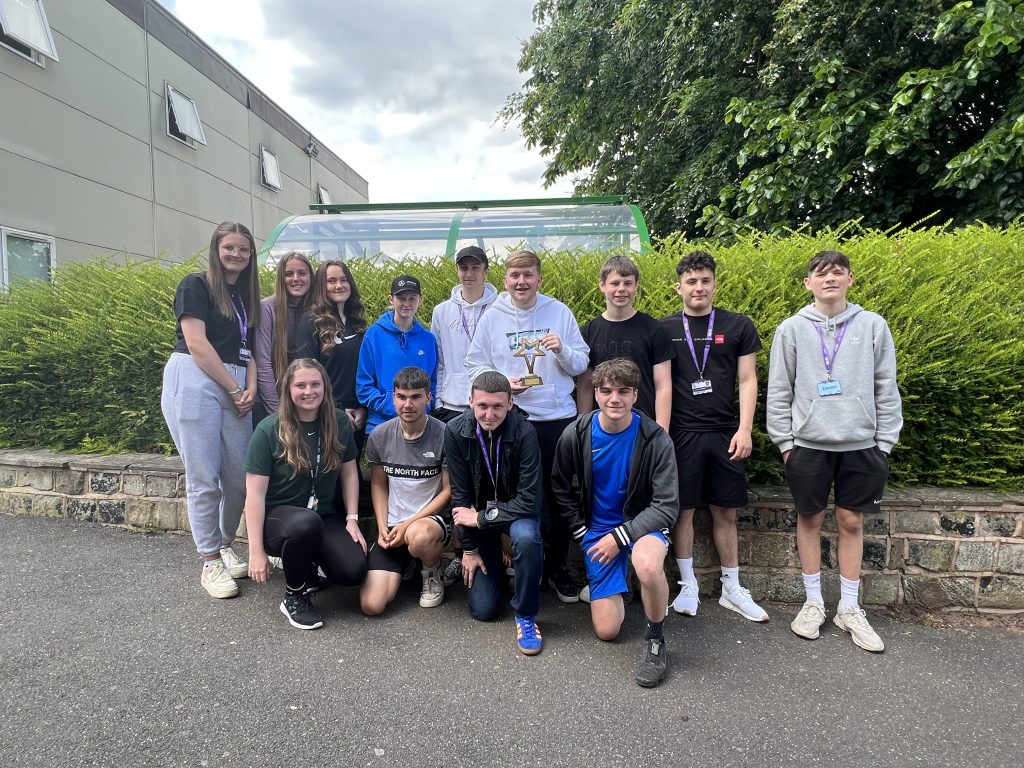 TRC student, Charlie Thompson, has been crowned Young Fundraiser of the Year, by the Rotherham Hospice.

Charlie, 17, from Rawmarsh, took to the sky to complete a skydive, in honour of his Grandad, who received care in the Hospice.

The BTEC Extended Diploma in Sport student completed the skydive on 26th March at Hibaldstow Airfield, in Lincolnshire and raised a whopping total of £1615.00.

The Rotherham Hospice requires fundraising in excess of £3 million per annum to operate and Charlie has made an amazing contribution to this through his fundraising efforts.

Income Generation Manager, Paula Figueira, together with Charlie’s parents, surprised Charlie at the College during a lesson, to present him with a trophy naming him Young Fundraiser of the Year. Paula congratulated Charlie and said it’s inspirational when young people get involved with helping the Hospice.

Charlie is pictured with his teacher, Mollie James, and classmates who helped support him through sponsorship.

A massive congratulations from all of us at Thomas Rotherham College. We’re incredibly proud of you.