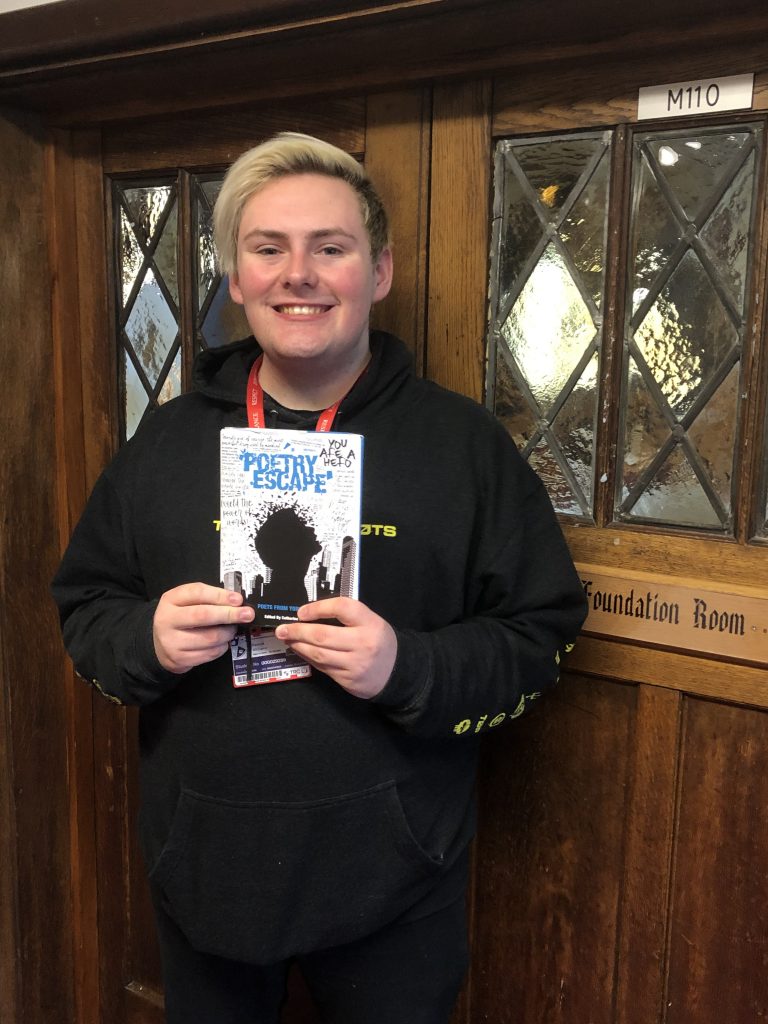 A Level student, Patrick Williams is celebrating having had his poem published in a local Anthology.

Patrick, 18, from Dalton in Rotherham, who previously attended St Bernard’s Catholic High School, wrote the poem about his own personal struggle with his mental health.  The poem has been published in an Anthology entitled Poetry Escape, Poems from Yorkshire, which features poems from other local poets.

The young poet said, “I never thought I would ever have any of my work published. I am really honoured and it’s a really great feeling to see my poem published.”

Patrick is currently studying A Levels in English Literature, English Language and Film at Thomas Rotherham College and hopes to secure a place at university to study English or Creative Writing.