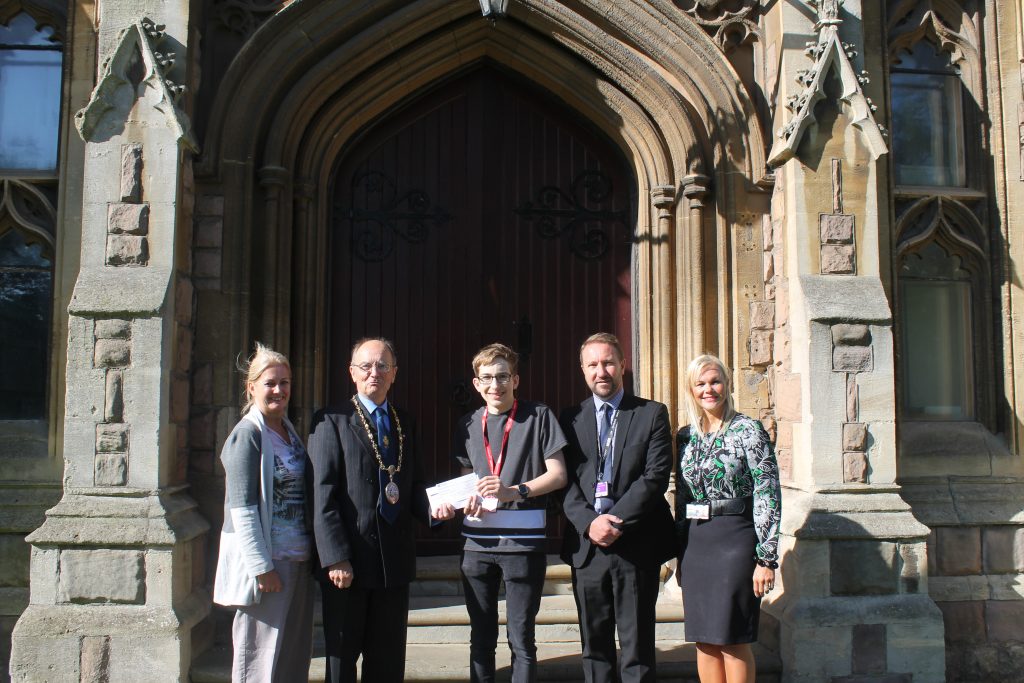 Congratulations to former Thomas Rotherham College student, Thomas Barker, who is one of two Rotherham students to receive this year’s Feoffees Scholarship.

The Feoffees (or Trustees) of Rotherham charity ‘The Common Lands of Rotherham’ were responsible for the running of Rotherham for many centuries before Town Councils were created.  Amongst their roles was the provision of education including Rotherham Grammar School, which became Thomas Rotherham College, for which they filled four Governor posts until the College became part of the Inspire Trust in 2017.

The Feoffees have continued to present two scholarships, one in the arts and one in sciences, to outstanding ‘A’ level students who are pursuing a University course and have attended a Rotherham sixth form.

Thomas left college this summer having achieved three A* grades in English Literature, History and Media and making him the TRC’s highest achiever in this summer’s exams.  Thomas is going on to study English at Oxford University with the help of his scholarship.

Thomas said, “I’m grateful to everyone at TRC who has supported, guided, and facilitated my studies. The Feoffees Scholarship will make a big difference, and I encourage anyone who can to apply. Thank you for helping smooth my transition to university. I’m over the moon.”